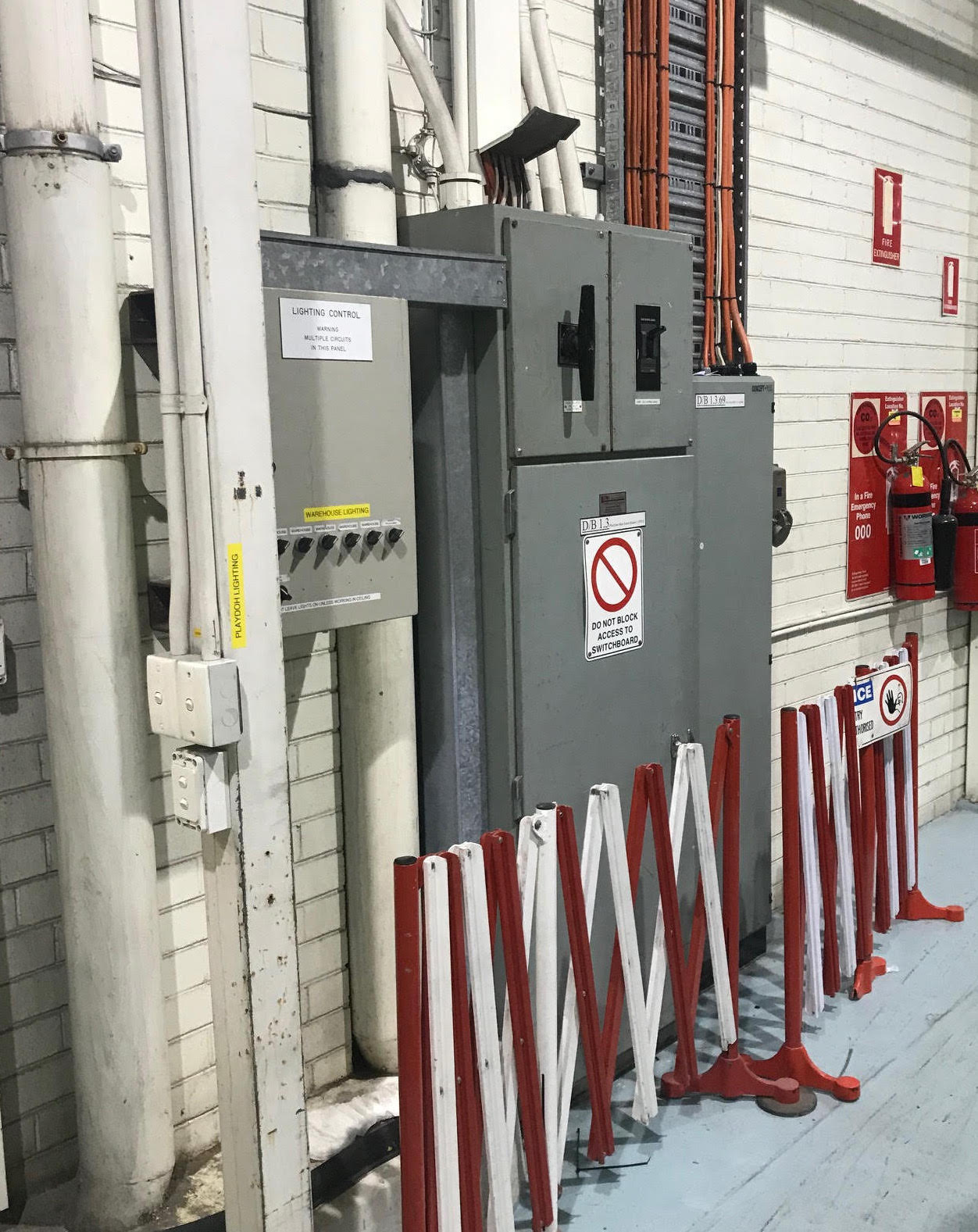 How does an electric shock occur?

What are the effects from an electric shock?

The effects from an electrical shock will depend on the type of current, how high the voltage was, how the current traveled through the person’s body, their overall health and how quickly the person was treated. While any amount of current over 10 milliamps (0.01 amp) is capable of producing painful to severe shock, currents between 100 and 200 mA (0.1 to 0.2 amp) are lethal.

Even someone with minor injuries or no symptoms at all should be checked by a doctor for internal injuries. Trauma may include burns (the shock can cause a burn where the current enters and leaves the body), muscle pain, contractions, seizures and unconsciousness. The electricity can not only injure blood vessels, nerves, and muscles, but internal organs can also be affected (heart and lungs), resulting in an irregular heartbeat, breathing difficulties and organ failure. You might not see all the damage the shock has caused for up to 10 days after the shock.

Take this example of an electrician who suffered an electric shock whilst working live, putting his life at risk…

An electrician was working on site installing Residual Current Devices (RCD’s) for approximately 20 switchboards. No live work was to occur in relation to these contracted works. The IP (injured person) had received training on company Job Safety Analysis (JSA) and Safe Work Method Statement (SWMS) prior.

The IP had completed a full isolation and installation of the switchboard and had re-energised the switchboard to commence testing the RCD. Prior to testing, the IP noticed part of the duct cover wasn’t fully connected and reached inside the live switchboard to press it back into place. The IP made contact with a live copper component and subsequently received an electric shock to the hand. A call was made to 000 and the IP was taken to hospital for assessment and treatment.

Post incident the switchboard was made safe by a colleague.

The contributing factors which lead to the electric shock was that the IP did not re-isolate the switchboard before placing their hand into the live switchboard.

No live work was to take place, the electrician breached the company’s Live Work Policy, Safe Work Method Statement and pre-start JSA by energising the switchboard and continuing to work within the switchboard.

This example highlights the importance of effective isolation regardless of the duration of the task at hand.

When is it ok to work live?

Other than unavoidable testing and commissioning functions, all electrical work should be carried out on de-energised/isolated installations and equipment.

If you are working live then you are risking your life.

To work live you must have management approval, along with a well documented SWMS, appropriate tools, testing equipment, personal protective equipment and an electrical safety observer must be used when there is no reasonable alternative to performing energised electrical work (live work).

Safety observers must be trained in low voltage switchboard rescue and CPR, they must be hightened to ensure incidents don’t occur in the first place. A safety observer must have a clear understanding of the work being undertaken and the associated risks associated, be in a position to clearly observe the work (one task at a time) and warn of any dangers, and stop any work before the risks become too high or compromises their role as a safety observer.

Electricians must take reasonable care of their own health and safety, and the health and safety of people who may be affected by their acts or omissions within the work place. Employees must cooperate with their employer and carry out the employer’s actions to comply with their OHS obligations, including JSA and SWMS. The Electricity Safety Law, which is regulated by Energy Safe Victoria (ESV), requires all electrical circuits or electrical equipment handled in the course of electrical work to be disconnected from the electricity supply, unless adequate precautions are taken to prevent electric shock or other injuries. Safe working practices are paramount.

Hints for Electricians to work safely on switchboards

No one should risk their life, or the lives of work mates, for the sake of saving time or inconvenience. 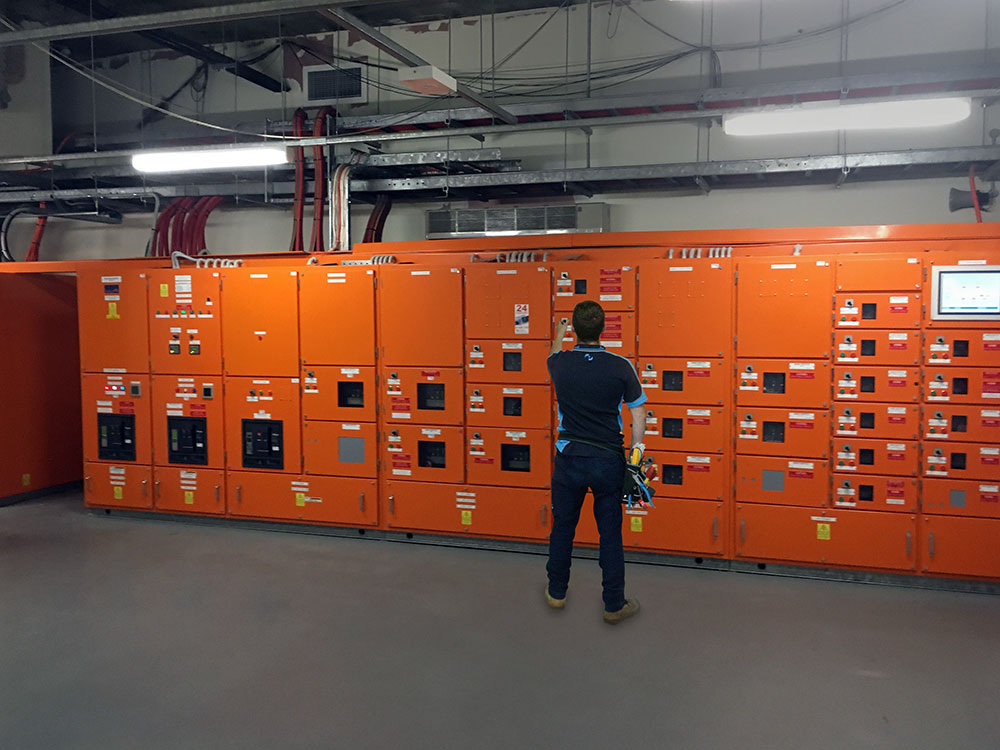 Effective January 1st, 2019 was the new edition of the AS/NZS 3000 Wiring Rules Standard (Electrical Installations), which outlined over 200 changes and expanded upon the coverage of electrical installations. The changes have taken into account new technologies, new products and improvements in safety, whist clarifying on the previous versions ambiguous requirements.

One of the major changes to the AS/NZS 3000: 2018 is the Residual Current Devices (RCD) requirements for the protection of sub-circuits and relating alterations and repairs (clause 2.6.3.2.3).

Everyone in the industry is bound by them and every customer is the beneficiary.

In commercial and industrial environments, all 32 Amp outlets and below need to be protected by an RCD. The new AS/NZS 3000 wiring rules require additional RCD protection:

The RCD requirements for final sub-circuits has increased to 32 Amp, from the previous 20 Amp to provide personal protection from electric shock to the following circuits:

All other final sub-circuits not in excess of 32 Amp are to be assessed RCD compatible and if so should be RCD protected to ensure they are both safe and compliant.

The purpose of the clause is to essentially minimise the risk of electric shock. When determining what an increased risk of electric shock is, we take into consideration the electrical equipment or appliance being used (e.g. is the electrical equipment Class 1, exposed conductive parts), external influences (e.g. exposure to elements, vibration, production line) and the connection to the supply.

There are exceptions however, one being applied where the equipment has leakage current that would impair on its reliable operation. This scenario would require a risk assessed appropriate alternative method of installation and equipment selection would be needed to achieve the same level as RCD protection; this could include additional mechanical protection, a separated supply or earth monitoring protection.

Even though the new standard calls for RCDs on all sub-circuits up to and including 32 Amp, exemptions can be applied for when:

The common complaint of nuisance tripping is not a valid reason for an exemption.

Comply with the Standards, it could save someone’s life, including yours.

What are the requirements for RCDs with alterations or replacement to switchboards?

RCD requirements are applicable when switchboards are altered or replaced. In an alteration, RCDs are required for final sub-circuits. RCDs are also required to protect power-outlets when added to an existing circuit (in accordance with the requirements for new sub-circuits, in the part of the installation in which they are located).

As a Facility Manager, what do these changes mean for you?

The cost of installing new circuits for additional electrical equipment will be substantially higher, with the inclusion of RCDs. Be prepared for an increase in costs for additional circuits (especially 3 Phase), which may lead to the requirements for a switchboard upgrade, in order to facilitate the installation of the RCDs.

As commercial and industrial electrical contractors, it’s important that we are across all of the changes for our clients, awareness and safety are paramount.

For advice and assessment on your commercial and industrial electrical requirements call Prolux on 1800 800 880.

In building maintenance, seeking regular routine electrical inspections for industrial or commercial switchboards is of high importance. Thermal imaging or thermographic scanning by an electrician is recommended every six months, and having existing switchboards fitted with retrofit air circuit breakers (ACBs) is now also proving to be an invaluable process for building owners and facility managers.

Air circuit breakers are commonly used in low voltage switchboards and due to their typically passive operation, are often forgotten about until there is a trip or circuit breaker failure, leading to a disruption in the power supply. Whilst circuit breakers may remain inactive for many years, they may be called into operation at any time, as their main role is to prevent damage to the installation from various forms of overcurrent.

Rectifying improbable issues and correcting possible faults before they arise is invaluable, saving on loss of productivity, downtime, danger to personnel and in many cases, exuberant costs, all which could have been avoided if the problem had been identified earlier. Rather than replacing a low voltage switchboard which causes severe disruption on operations and tenants, or an entire air circuit breaker and its components, there is now the option to retrofit the circuit breaker only.

What are the benefits of Retrofitting a low voltage switchboard?

Many of today’s low voltage industrial and commercial switchboards, are protected by air circuit breakers that have been in operation for decades, some for fifty years. Any circuit breaker that’s been in service for such a time period will either be very close to the end of its working life or at worst, beyond it. It is important to remember, that low voltage circuit breakers are in fact safety devices. They must be in working order and provide protection when called upon.

A proactive approach to system protection includes routine commercial and industrial electrical maintenance, however, as aging breakers become obsolete, this may be insufficient to satisfy tenants needs such as improving the electrical and mechanical performances, extending the life of the system or complying with safety regulations. As production or process requirements change and as safety codes and standards become more stringent, it is important to ensure coordination and protection within the system.

When air circuit breakers fail, building and facility managers have a decision to make:

Air circuit breakers can be designed and modified to fit into the existing switchgear of a switchboard, by a cradle replacement fit, or a hard-bus retrofill design. A cradle fit is simply a roll in replacement, that fits exactly where the old one was removed from, using the same components to operate. Retrofill is a modernisation process replacing the circuit breaker and main functional components of the original switchgear, embedding an integrally safe plug-in technology to connect the new circuit breaker to an existing panel. Air circuit breakers have been designed according to Australian Standards and upgrade options are available for most brands and models.

How much does it cost to install Air Circuit Breakers?

Scenario A: Installation of a Retrofit Air Circuit Breaker

Scenario B: Installation of an Air Circuit Breaker

If a fault was to suddenly arise, the power to the building would be compromised and a shut-down to the entire switchboard would result, for a lengthy period. Installation of a new air circuit breaker would take approximately 2-3 days, equating to around 40 hours of labour and cost between $35,000-$40,000. If a replacement of the entire switchboard was required, this would prove very costly and more importantly could render the building or process in-operative for several weeks.

What are the benefits for Retrofit Air Circuit Breaker installation?

One of the best solutions is to have a retrofit air circuit breaker designed and installed by an electrical engineer, using Computer Aided Design (CAD). The new, interconnecting coppers can then be tested ensuring they withstand short circuit stresses (set by the computer program). If planned and carried out as a design exercise, the retrofitting of circuit breakers can prove to be a cost effective solution for facility managers, especially on buildings where downtime has to be kept to an absolute minimum. When there is a fault, the new air circuit breaker can be installed in a very short time frame.

Prolux Electrical Contractors offer retrofit air circuit breaker installation and programed electrical maintenance for all types of commercial and industrial switchboards. Call us today on 1800 800 880 for a no obligation discussion on how we can improve the efficiency of the buildings you manage.

All works were successfully completed by four teams of Prolux electricians in less than two days, with minimal disruption to the building’s tenants.