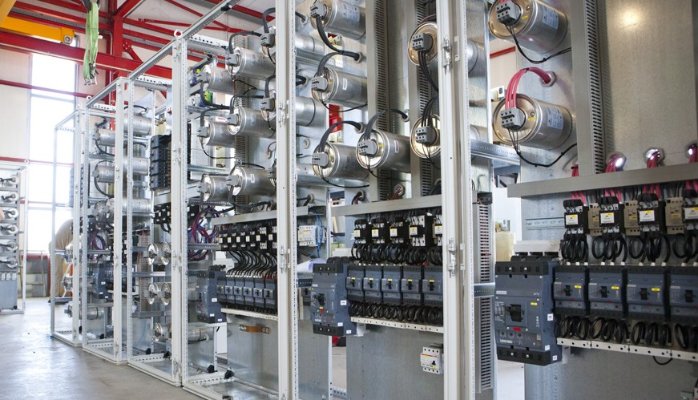 Facility and Property Managers need to be aware of the new changes associated with electricity and how it will impact electricity costs. Implementing correct Power Factor within a building will be the most effective and economical way of saving costs.

Large electrical users will be affected by the new billing structure from power companies, effective July 2016. From this date, power companies will be charging all large users based on peak demand. Power Factor Correction will ultimately reduce the demand and save on electricity costs.

What is Power Factor Correction?

Prolux Electrical Contractors provide Power Factor Correction for Facility Managers of large commercial and industrial factories and corporate office buildings alike, wanting to reduce their energy demand costs. This form of energy efficiency is particularly suitable where large starting currents are required and the Power Factor is brought to an undesirable level.

A Power Factor of 1.0 means that 100% of the power supply is being used efficiently; zero angle, so kW (actual power) = kVA (alleged power). A power factor of 0.5 means that you’re paying more for every kWh used, as the power is being used inefficiently and wasted; the power being used doesn’t match the needs of the load correctly.

In order to fully understand Power Factor and the relevance of Power Factor Correction you must grasp the concept behind it, utilising electrical loads.

A site would typically be made up of two different types of electrical loads: RESISTIVE loads and INDUCTIVE loads.

For RESISTIVE loads, the energy (or electricity) supplied by a power company is exactly the same as the electricity used.

For INDUCTIVE loads, some energy is used up to create a magnetic field, which is a waste of energy. This waste of energy is not used by the load, but is required in order for it to operate. 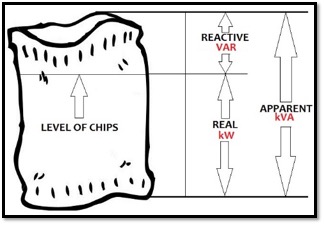 With an understanding of the difference between REACTIVE, REAL and APPARENT power you’ll be able to comprehend how implementing Power Factor will cost you less.

When to use Power Factor Correction

One very important aspect of improving quality of supply is the control of Power Factor. Low Power Factor means poor electrical efficiency. The lower the Power Factor, the higher the apparent power drawn from the distribution network.

By installing suitably sized switched capacitors into the power distribution circuit, the Power Factor is improved and the value becomes closer to 1.0, therefore minimising wasted energy, improving efficiency, liberating more kW from the available supply and saving you money.

The purchase cost of the installation is usually repaid in less than a year’s electricity savings.

From July 2016, kVA will be used to measure electricity demand, instead of kW.

kVA encourages users to manage their peak kVA demand, improve electrical efficiency and drive down overall electricity costs. Reducing maximum kVA demand is the most effective way of reducing an electricity bill. The most economical way this can be reduced is by improving Power Factor.

An electricity company supplies you with VOLTS x AMPS, they have to supply you with extra to make up for the loss caused by a poor power factor. When the power factor falls below a set figure, the electricity supply companies charge a premium on the kW being consumed, or, charge for the whole supply as kVA by adding reactive power charges (kVar) to your bill.

The better the Power Factor, the less energy you are going to require from a power company. You are billed for your usage of power as well as the demand. Demand is the amount of power that a power company supplies to you.

There are generally two major components on an electricity bill that your charge is calculated on. DEMAND and USAGE.

Power Factor Correction will lower the DEMAND, and in turn this will then lower the USAGE.

kVA = APPARENT POWER
Reflects the amount of power required on site, for all equipment to work.

kW = REAL POWER
Reflects the amount of power actually used by all of the equipment.

SOLUTION
If we only have 1 x 10 hp (7.4 kw) motor being billed with Power Factor of 1 (corrected by a Power Factor Correction Unit), the demand charge will be based on 7.4 kVA.

It is important that regular inspections are carried out to help prevent an early failure and pick-up any faults. A routine inspection should ensure:

How you’ll save money with a Power Factor Correction Unit

For a 25 storey building that’s 15-20 years old, a Power Factor of 0.65 would be expected.
Based on this, supply and installation of a Power Factor Correction Unit would cost circa $14,000 and generate savings of $450-$500 per month (refer to Preliminary Proposal).

Power Factor Correction is an investment that helps to improve your profit performance. Victoria has existing penalty structures in place for customers that operate on a poor Power Factor.

If you’d like a complimentary Preliminary Proposal with your ROI for the buildings you manage, simply provide us with the interval data for the past 12 months (available from your current electrical retailer).