As a Facility Manager you’d be aware of the importance of using compliant electrical accessories and undertaking electrical testing to Australian Standards, but have you given much thought to the regulations surrounding Electromagnetic Compatibility (EMC) running throughout the commercial buildings you manage? NHP has and as a result they’ve released a compliant EMC Isolator for use with Variable Speed Drives (VSD’s) which successfully addresses EMC concerns.

Firstly let’s take a look at the issues surrounding EMC, and how you can identify them and effectively manage the problems.

What is Radio Frequency Interference and how does it affect EMC Compliance?

Have you ever had electronic equipment within close proximity to VSD’s that malfunction? If so, this is caused by Radio Frequency Interference (RFI), due to high frequency switching in the inverter of the VSD. This malfunction emphasises the importance of using screened cables (commonly referred to as VSD cables). What is not always understood is the importance of earthing the screen of the cable at the VSD and the motor end, in order to prevent RFI emissions. If an isolator is required on the output cable of the VSD, then a metal lined EMC Isolator with metal EMC cable glands must be used and adequately bonded to the screened VSD cable. This continuation of screening creates a ‘Faraday cage’ between the VSD and the motor, ensuring that no RFI is omitted from the circuit. The level of allowable RFI in a VSD circuit is outlined in AS 61800.3-2005. An EMC Isolator ensures consistent operation of industrial and electronic equipment, making it ideal for use where maintaining EMC Compliance throughout the installation is vital – particularly applications with motors controlled by VSDs, e.g. water pumps and air conditioning systems.

Locally tested to comply with EN55011, the Katko EMC Isolator ensures safe operation in environments with electromagnetic disturbances, so you can ensure a high level of safety without compromise.

For added application flexibility, the compact unit has been specifically designed to occupy less space, ensuring easy installation and operation with a choice of larger enclosures for increased wiring space.

The key benefits include: 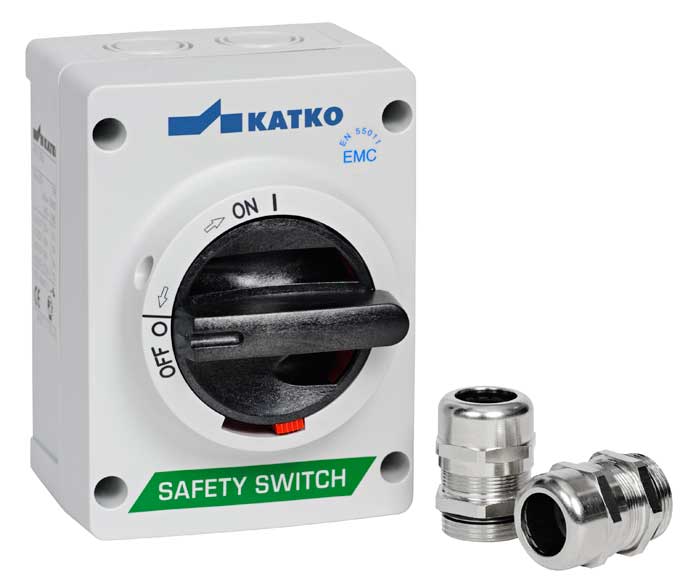 How can you reduce Harmonics and enhance performance within power systems?

Another factor to consider in your building is reducing harmonics. Harmonic voltages and currents in an electric power system are a result of non-linear electric loads (e.g. office equipment such as computers and printers, fluorescent and LED lighting, battery chargers and also VSDs – equipment used to control the speed of machinery, as these can all play a part in power quality problems. As an example, if an internal power supply regulation is too noisy, that can adversely affect sensitive analogue measurements (for sensor products), or lower the performance of a radio transmitter (for wireless products).

Harmonics within power systems can also result in an increase in generating heat within the equipment and conductors, creating torque pulsations in motors (premature bearing failure) and misfiring within variable speed drives. Therefore, a reduction of harmonics is also considered highly desirable.

How are non-linear loads affecting Harmonics in buildings?

Years ago, non-linear loads were mainly found in heavy industrial applications, such as furnaces, heavy rectifiers for electrolytic refining, large VFDs, etc. The harmonics they generated were typically localised and often addressed by knowledgeable experts. However, times have changed, and today harmonic problems are common in not only industrial applications but in commercial buildings as well. This is primarily due to the new power conversion technologies, such as the Switch-Mode Power Supply (SMPS), which is found in practically every electronic device. The SMPS is an excellent power supply, but it’s also a highly non-linear load. Their proliferation has made them a substantial portion of the total load in most commercial buildings.

An LED light is one example of an electrical load with a non-linear characteristic, due to the rectifier circuit it uses (as shown in the above graph). The current waveform, blue, is highly distorted.

Call us on 1800 800 880 to ensure your commercial building’s equipment is protected and running efficiently, whilst complying with regulatory standards.