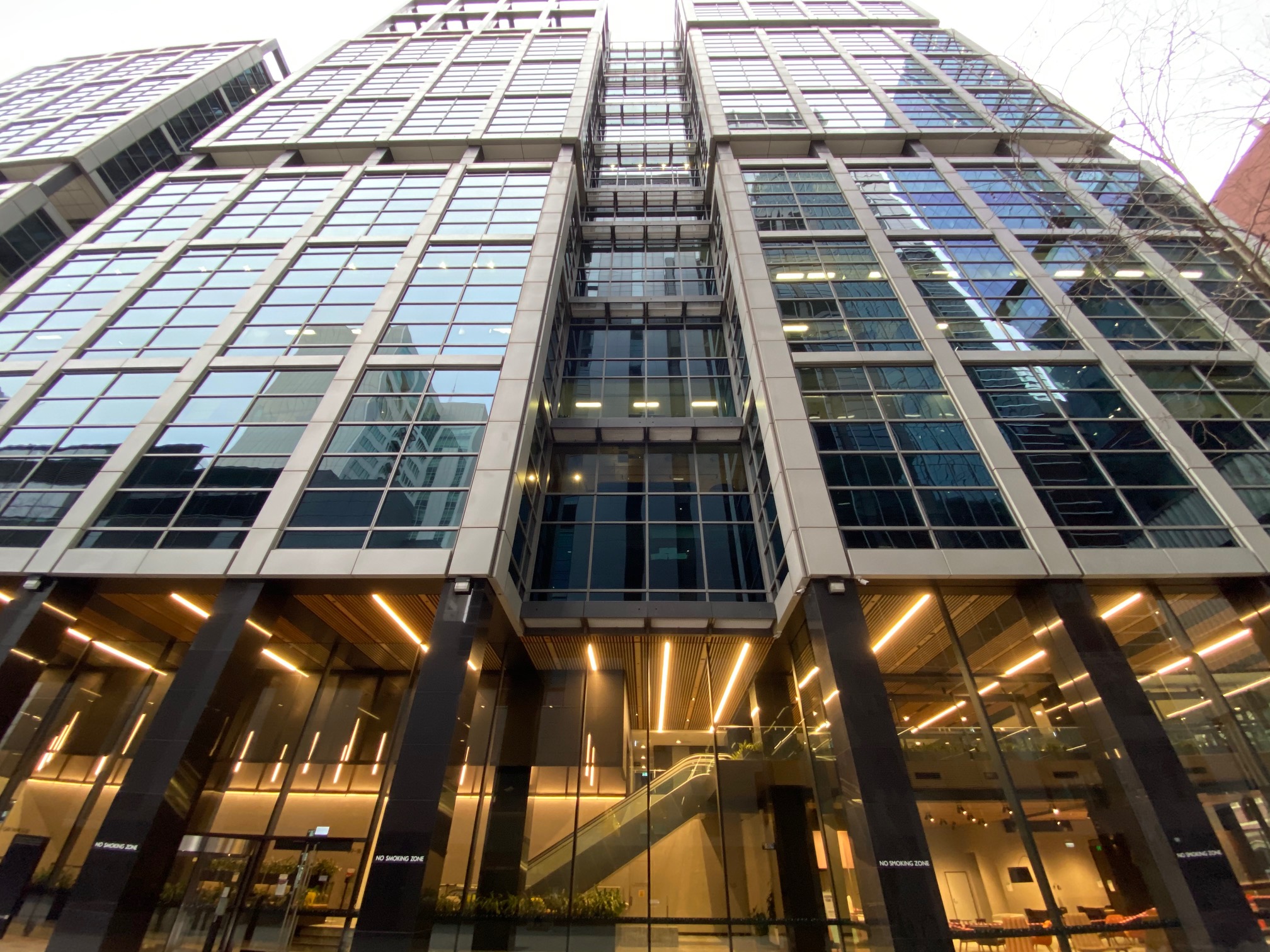 RCDs with a minimum residual current of 30 mA are required for circuits rated 32 Amps or less that are supplying socket-outlets, lighting, direct-connected handheld equipment, and direct-connected equipment that presents increased risk of electrical shock.

RCD requirements become applicable when switchboards are altered or replaced. In an alteration, RCDs are required for all circuits. Where all circuits would be fitted with RCDs following a switchboard replacement, this can quite often cause nuisance tripping. This nuisance tripping may be caused by other factors, such as wiring out in the field that has been incorrectly connected and never detected. This would require an on the spot investigation and repair, which could add substantial more time to the overall switchboard upgrade.

RCDs are required to protect socket-outlets added to an existing circuit. Where socket-outlets are added to an existing circuit, RCD protection is required, however the RCD protection only needs to be fitted at the origin of the additional wiring, not always at the switchboard. This method of installation is undesirable, as it means RCDs can be spread around a tenancy of warehouse and not contained to one common place; the switchboard.

Where a single item of electrical equipment such as a socket- outlet or light is replaced with an equivalent item in the same location, an RCD should be installed as a duty of care but, is not mandatory. E.g. if one light fitting in an open office was damaged and was beyond repair and required replacement, then it’s not mandatory for an RCD to be installed on the circuit of that light. For an RCD not to be installed on a new circuit there needs to be a very valid justification.

‘Where a single item of electrical equipment such as a socket- outlet or light is replaced with an equivalent item in the same location, an RCD should be installed as a duty of care, but is not mandatory.’

What’s the difference between an RCD and a RCBO? 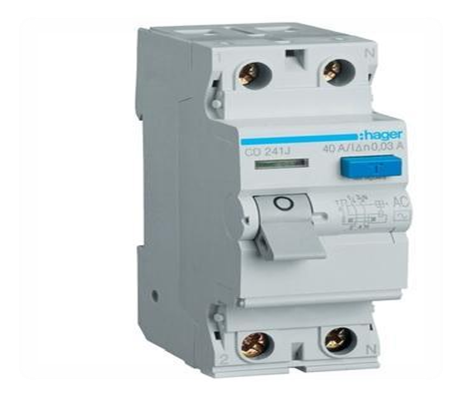 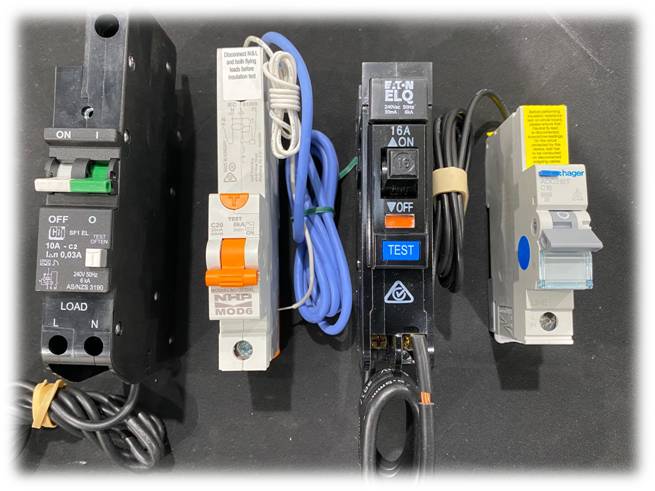 Commercial and Industrial RCDs are referred to as RCDs, however in the industry RCDs that protect both earth leakage and overload are called RCBOs.

The RCDs on the right are combination types that you’d typically see installed in industrial and commercial environments. These types of RCDs protect the circuit from overload, as well as earth leakage faults; therefore called an RCBO.

What’s the difference between a Residential and a Commercial RCD?

In the image below, the curve in the graph represents a fault in an electrical circuit resulting in an RCD to trip.

Regular testing of RCDs will ensure that the operation of the RCD hasn’t been compromised. When an RCD trips due to ‘fault current’ greater than the RCD’s kA rating, the RCD could become damaged and may not pass an RCD test.

The installation of 4.5kA rated RCDs in residential was banned in 2018. 6kA is now the minimum standard in all residential and commercial and industrial environments.

In some industrial environments 10kA RCDs or more are installed as 6kA aren’t sufficient enough for particular circuits. 10kA RCDs would be typically found on protected sub mains or underground circuits where the ‘fault current’ may be much higher under fault conditions.

During RCD testing, it’s important to check the ‘kA rating,’ to ensure it meets the requirements of the installation. If not, it must be reported to building management so a decision can be made as to whether the RCD is to be replaced or retained.

Diagram 1 identifies the components and ratings of an RCD:

– Trip Sensitivity – at what level of fault the RCD will trip
– Operating Voltage – the Intended Voltage the RCD is designed to operate.
– Fault Rating – kA rating as just explained
– Overload Rating – if the circuit draws more than 16A the RCD will trip like a circuit breaker
– Test Button – used to mechanically trip the RCD for testing purposes
– ON/OFF Toggle – used to control the operation of the RCD

Last financial year Prolux Electrical Contractors tested over 250,000 RCDs in Victoria and Queensland. All part of their electrical PPM contracts.

Why it’s important to know your RCDs

It’s not an uncommon occurrence to find incorrect type RCDs installed during testing. This may be due to multiple reasons, most often tenant engaged residential or construction electricians with no specialist training in commercial and industrial installations. That’s why it’s important that electricians who specialise in such maintenance are engaged for Planned Preventative Maintenance (PPM).

Prolux have the knowledge to undertake thorough kA rating RCD testing. For the safety of your building and its occupants call 1800 800 880 today for Planned Preventative Maintenance.